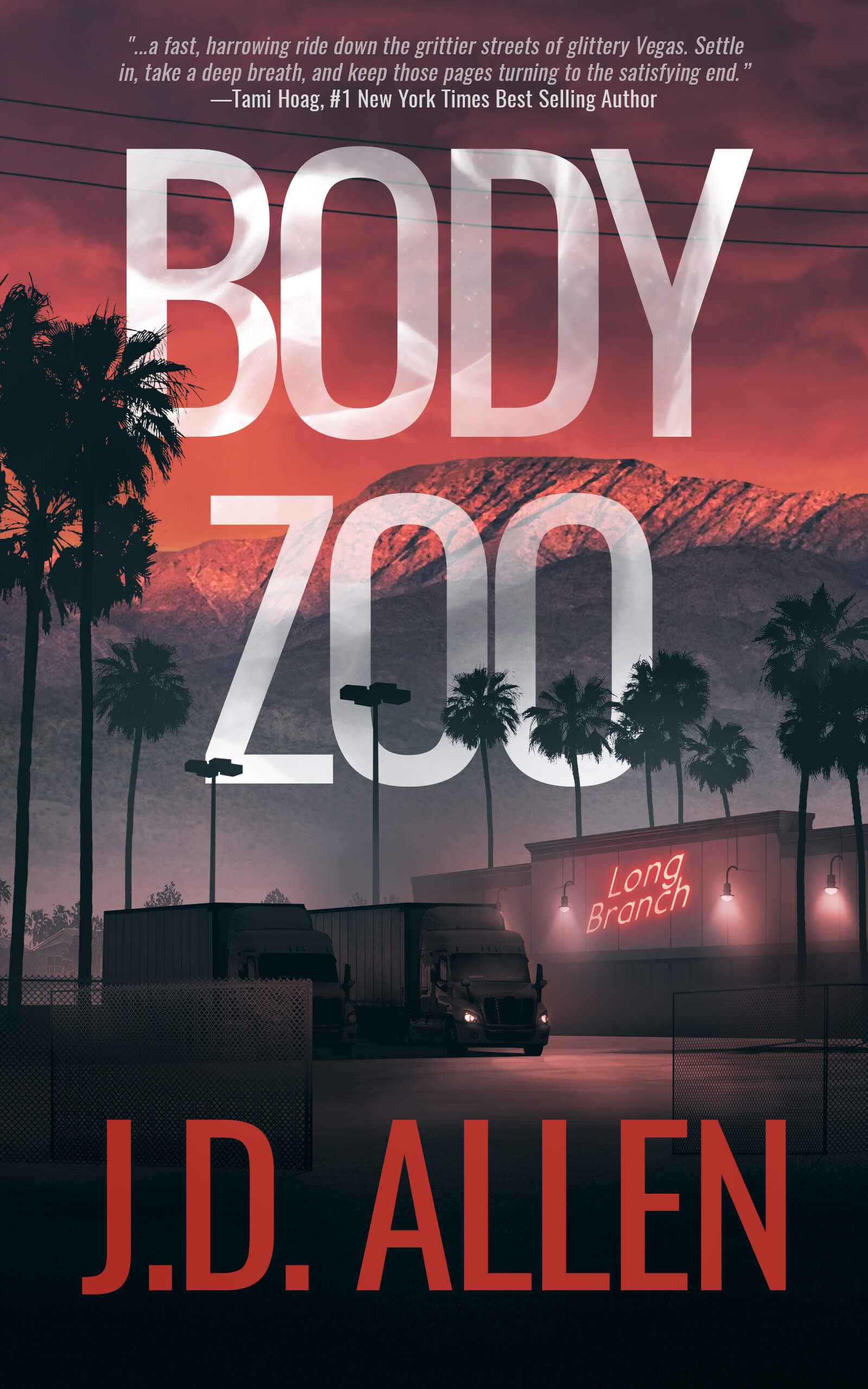 "...tightly plotted...with characters who will bring you along with them on a great thrill ride! I highly recommend this novel!" —Heather Graham, New York Times Best Selling Author

When Private Investigator Jim Bean is called to conduct a simple insurance investigation at a Nevada trailer park, he finds himself wrapped up in a case that’s more complicated than anything he could have imagined.

There’s a torched trailer. A missing woman named Emilee, who harbors a dark past. And the Ward family, with their own sinister secrets to hide.

Jim quickly realizes that if he wants to find Emilee, he’s going to have to get closer to the Ward family—and untangle their twisted web of lies.

But the closer he gets to the truth, the more dangerous things become. And when Jim gets caught up in the gruesome events, he realizes that he’s not just fighting to save Emilee—he’s fighting to save himself.

Private Investigator Jim Bean is back in Body Zoo, Book 3 of the Sin City Investigations series.

"...grabs your attention with a deft plot, extremely vivid noir characters, action, and grisly goings-on in the medical supply business. An edge-of-your-seat crime thriller. I recommend it big time." —Chris Bauer, author of Hiding Among the Dead and Zero Island

“Jim Bean is back and better than ever in this breakneck thrill ride of a novel. Secrets abound, and Allen doesn’t shy away from twists...” —LynDee Walker, Amazon Charts bestselling author of Leave No Stone

What readers are saying: